The era of souvenir spoon creation corresponded to one of the most prolific times in USA history (1890 -1920).

practiced in the USA became part of the culture.

In addition, building techniques and building styles were adapted to new uses. 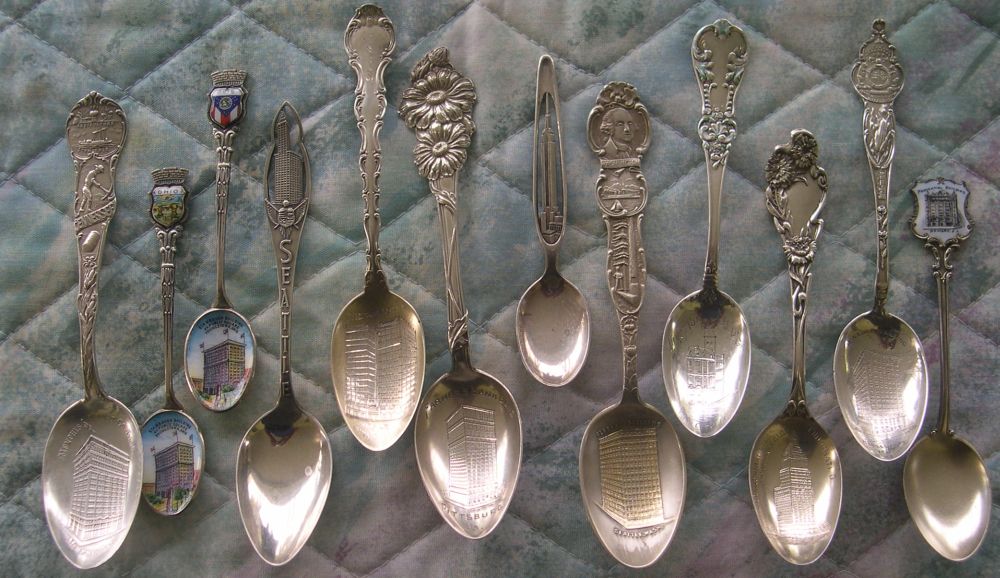 All spoons are sterling with interesting handles and styles. 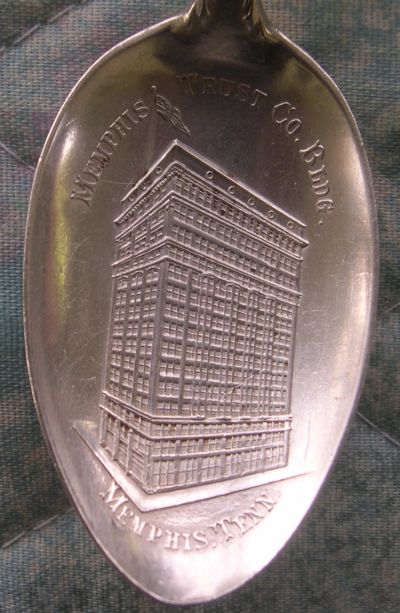 Embossed view of the Memphis Trust Co. building in Memphis, Tennessee
The 18-Story Central Bank and Trust was built in 1911-12 and was  designed by James Gamble Rogers, (the famous architect who  designed the Brooks Memorial Art Museum and the Shelby County Courthouse.)
This building has been converted into condominiums and has been renamed "The Goodwyn Building." 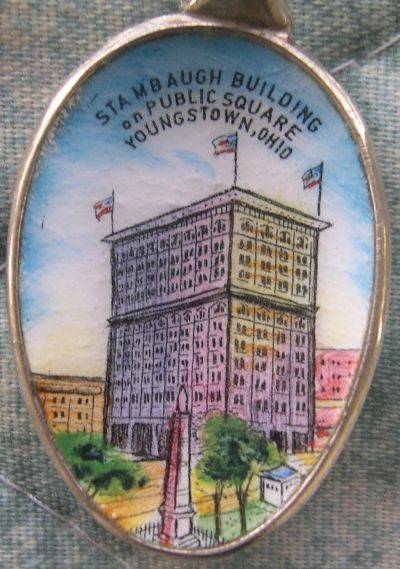 enameled view of the Stambaugh Building in Youngstown, Ohio
Designed by architect Albert Kahn in 1906 and completed in 1907 at a cost of $1.5 million.
This neo-classical building is on the National Register of Historic Places.
The bottom floors were occupied by Euwer's Department store and the upper floors by the executives of the Youngstown Sheet and Tube Co. 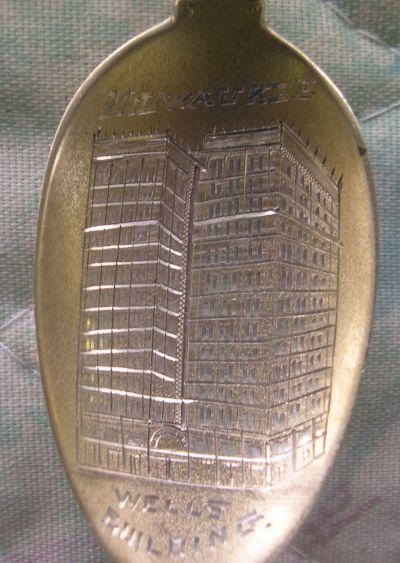 Engraved view of the large Wells Building in Milwaukee, Wis
Designed by architech Henry C. Koch and completed in 1901, the  Wells building was the largest terra cotta structure of its  era and named after its wealthy owner, Daniel Wells.
The building is still in use and is the largest telecommuications hub in Wisconsin 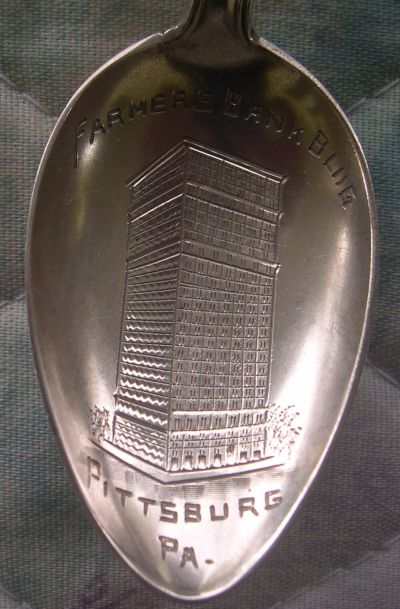 First completed in 1902 and then enlarged in 1903, the Farmers Bank was the largest structure in the city at that time.
At one time it was owned by Rockwell International and it was also known for some very large murals.
It was demolished in 1997. 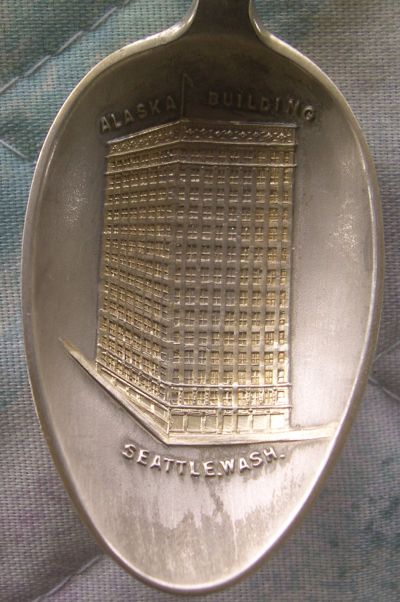 Embossed view of the Alaska Building in Seattle, Wash.
Designed by architects, Eames and Young of St. Louis, this was the largest and first steel framed building (14 stories) in the Northwest USA when it was completed in 1904 after about a year of construction.
It is now being used as a Marriot Hotel 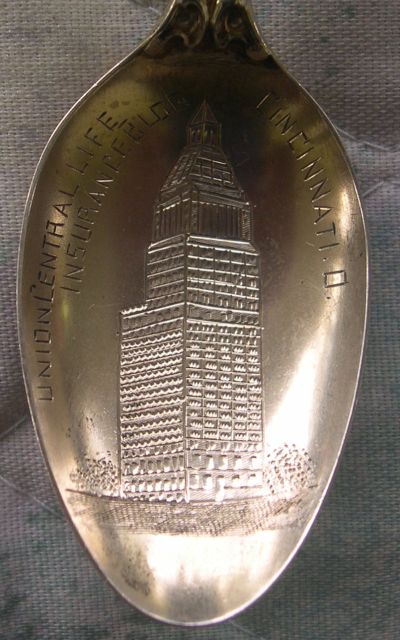 Engraved view of the Uniden Central Life Insurance Building in Cincinnati, Ohio
This 31 story building on the Ohio river was the 5th largest building in the world when it was completed in 1913 at a cost of 3 million dollars.
The elaborate hellenic architecture makes it readily recognizable.

This 14 story steel framed Italian Renaissance Revival style building was completed in the early twentieth century
at the corner of Grand and 10th st. and was the largest building in Kansas City at that time.
Originially it was occupied by the Long-Bell Lumber Co.


Visit part 2 of this exhibit