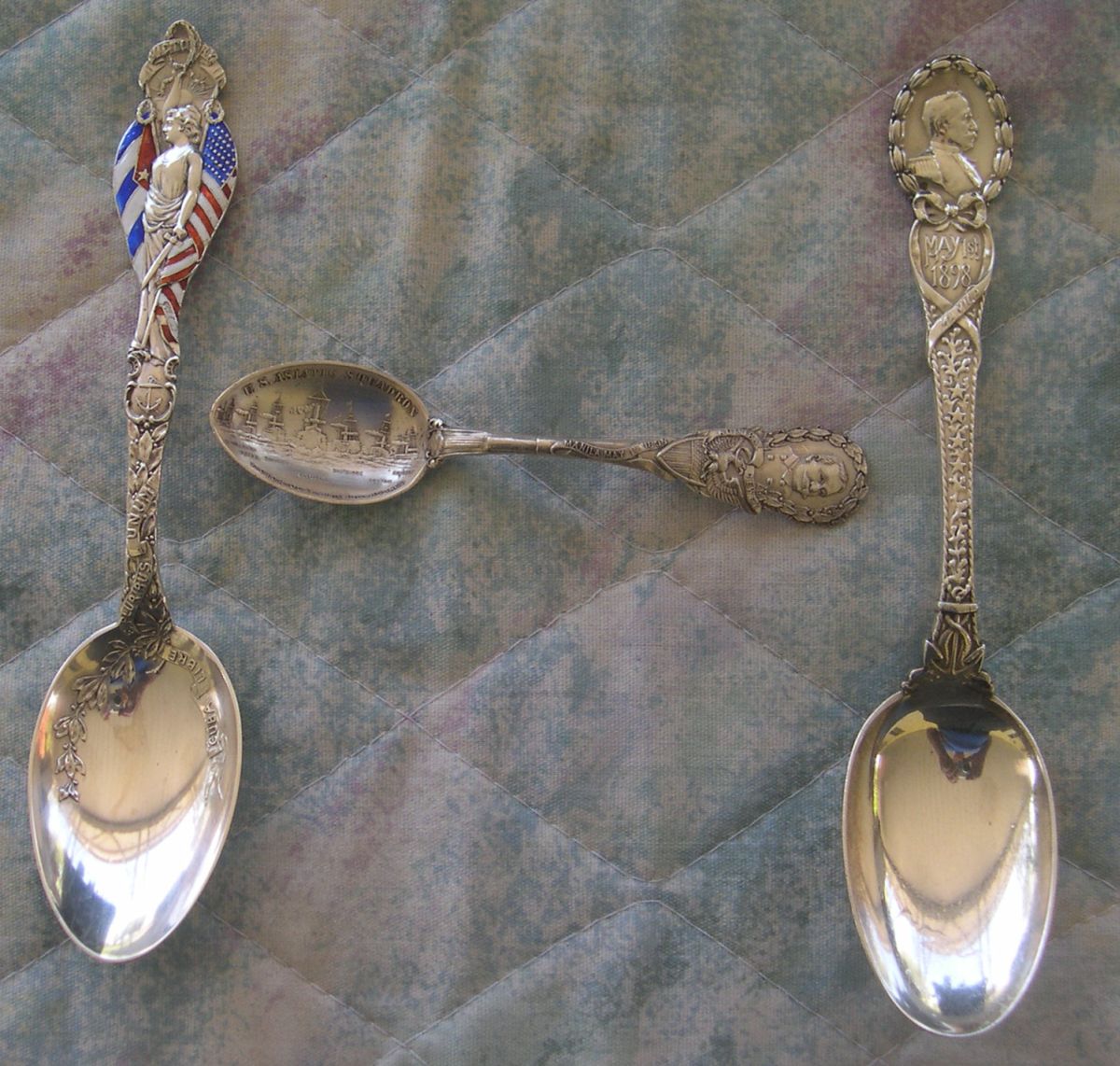 All spoons are sterling
1. Enamel fantasy image of Lady Liberty holding a sword in her left hand while the right hand is raised and grasping a laurel wreath symbolizing victory.
The wording on the banner is Cuba Libre and E. Pluribus Unum
(was this a plan to annex Cuba?)
Manufactured by Gorham and patented  1898 with an 'H" and "12" stamping

3. Heavy spoon manufactured by Tiffany& Co. picturing Admiral Dewey at the finial
Dated May 1st, 1898 above the word "Manila", the handle features stars intertwined with a branch to just above the bowl where there is an anchor
and just below the anchor are two dolphins.
The dolphins are to symbolize his first command, the USS Dolphin, which was one of the first ships of the original white squadron.
The USS Dolphin  (technically a dispatch boat) was often used as the Presidential yacht. 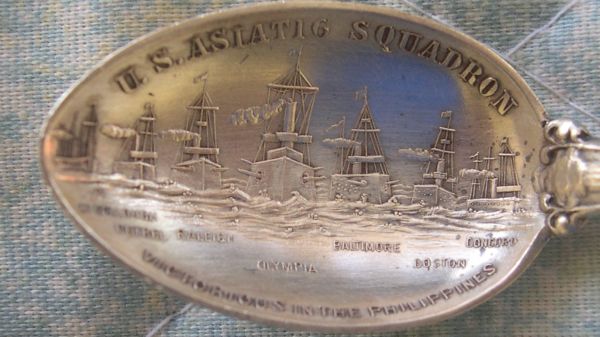 The fleet responsible for the victory in Manila

The Tiffany spoon carries the front design to the back. the wording indicates that Dewey was born in Vermont in 1837 (Montpelier)
and the top is engraved with the name 'Annie 1899' just above the bow which indicates it was a present for her.
(probably a wife or girlfriend of one of the officers)